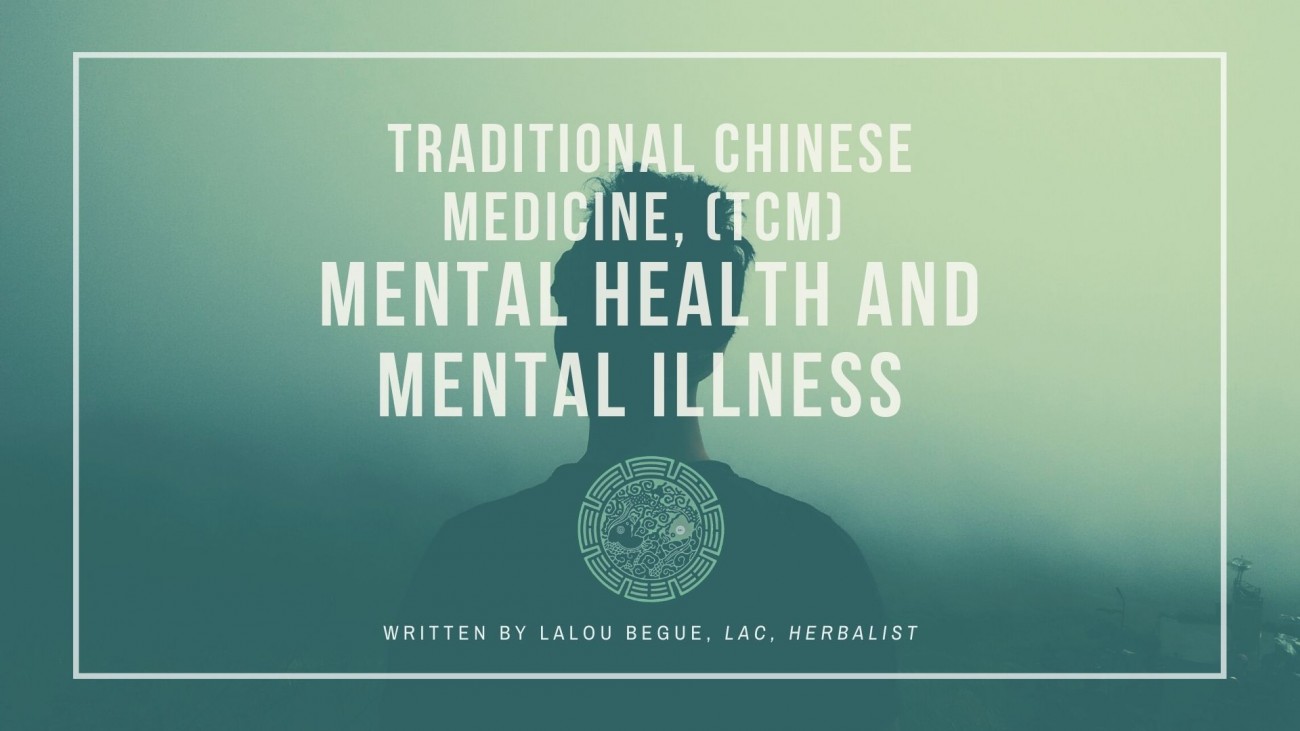 In the classic literature of Traditional Chinese Medicine it is very clear that the spirit or mind (Shen) was a central element of general health. The spirit is not seen as a distinct, separate entity from the body, but as an extension of the human form. The characteristics of a healthy spirit are a clear mind, peaceful, joyful, calm and loving. In the west, for centuries “madness” was seen as a sign of possession by evil spirits. In modern times we talk about “mental illness”, even though we know that the disorders that it evokes are clear signs of an organic dysfunction of the brain. The treatment approach of modern psychiatry is, off course, medication oriented, but more recently, the concept of neuroplasticity has helped develop new disciplines such as Cognitive Behavioral Therapy, and Biofeedback. Acupuncture has been demonstrated to affect the chemistry of the brain but also promote new neurological pathways and disrupt pathological patterns.

According to the National Institute of Health:

“Major depression is one of the most common mental disorders in the United States. For some individuals, major depression can result in severe impairments that interfere with or limit one’s ability to carry out major life activities.”

“A period of at least two weeks when a person experienced a depressed mood or loss of interest or pleasure in daily activities, and had a majority of specified symptoms, such as problems with sleep, eating, energy, concentration, or self-worth.”

The NIH reports the following numbers for 2017:

An estimated 17.3 million adults in the United States had at least one major depressive episode. This number represented 7.1% of all U.S. adults.

The prevalence of a major depressive episode was higher among adult females (8.7%) compared to males (5.3%).

The prevalence of adults with a major depressive episode was highest among individuals aged 18-25 (13.1%).

The prevalence of a major depressive episode was highest among adults reporting two or races (11.3%).

Depression is treated with medications that increase the availability of certain neurotransmitters (serotonin, norepinephrine, dopamine, acetylcholine…). They usually take a few weeks to be effective, and patients have different ways to metabolize them, so it may take different trials to find a medication that works well and is well tolerated by the patient. This could be avoided by doing routine genetic testing. We all inherit genes that encode the production of certain enzymes that break down medications. Some of us are genetically programmed to break down antidepressant medication in different ways, that is why they do not work the same way in all of us. In fact studies show that maybe 30% of patients do not respond to any of these types of medications.

Possible adverse effects include: increase is suicidal thoughts, or even scuicide attempts. This is more common in younger patients. Other side effects include weight gain, constipation, dry mouth.Too much serotonin can cause Serotonin Syndrome or Serotonin Toxicity.These medications should be taken under the care of an experienced Physician and should be discontinued carefully, on a safe taper.

There are different scenarios under which a patient might consider either acupuncture or herbs or a combination of both. For example at the onset of depression, one might consider trying those before the antidepressant drugs. Also, when a woman wants to become pregnant, and would like to discontinue her medication. It should also be considered when the patient is still symptomatic while on an antidepressant.

Depression is often accompanied by anxiety, sleep or eating disorder. Acupuncture and Herbal Medicine can address these symptoms.

Acupuncture affects the nervous system by inducing relaxation. It triggers an immediate shift in the autonomic nervous system from the “fight or flight” state to the “rest and digest” phase. It affects many different chemicals in the brain, not only dopamine and serotonin but endorphins, enkephalin and dynorphin. It lowers blood pressure, decreases anxiety and facilitates sleep.

Acupuncture and herbal medicine can be used also for hormonal related mood disorders. They help symptoms of PMS, PMDD, postpartum depression, perimenopausal symptoms (insomnia, hot flushes, memory problems.) These symptoms are not due to a serotonin disorder but to the sensitivity of the central nervous system to changing levels of estrogen-progesterone ratios. Acupuncture and herbal medicine are very effective in addressing these constellations of symptoms.

Mental health providers have in recent years changed their treatment approach for anxiety disorders, since the major class of drugs used for anxiety (benzodiazepines) has been shown to have significant risk of being abused, and to be significantly addictive. In numerous recent studies, they have been shown to increase cases of dementia. Many patients who have been prescribed this class of drugs for many years, are told that they need to be taken off them because of these risk factors.

When discontinuing intake of benzodiazepines, the patient is at risk for seizures. They often experience increased anxiety, sleeplessness. Acupuncture, herbs can alleviate these symptoms, and make the transition much easier. Because of its ability to decrease anxiety TCM can help patients suffering from OCD and phobia.

In China, where TCM is practiced widely in hospital settings TCM is used in the management of psychoses, but western drugs are the first line of treatment because of the amount of sedative effect required in those cases. Acupuncture can be a very important tool in the management of bipolar illness, specifically during the depression phase, to prevent a manic episode. There is a risk for these patients to build up to a manic phase and often at this time, they stop taking their

If you, or someone you know, suffer(s) from any of these symptoms, while on medication or not, know that we are just one phone call away! We can provide you with a different approach to help you with your health issues.

Please call our office or use the Contact Form below to make an appointment or to inquire about how our wellness centers can help you.

You can now also search for, and book, massages and returning acupuncture visits from a computer or mobile device through our Online Booking System below.

* Patients are seen by appointment only. Please call us during normal business hours to schedule your appointment at any one of our locations. Advanced calling allows you to reserve a time and date that works best for you.

* Online Booking for Massage and Returning Acupuncture Clients: You may now book your second appointment on your PC and mobile devices via our online booking system below. Please double check your location to see that you’ve reserved your spot at the correct center as we now have two; Medford and North Reading.

* First time acupuncture clients will still need to call the office to book their first appointment.

* Please check with the office when you make your appointment, as some Services are dependent on location and availability.

Tai Chi Acupuncture and Wellness Center, LLC is pleased to announce that our online booking system is now operational. Clients can now search for, and book, acupuncture and massage visits from a computer or mobile device.

In order to book an appointment online you will be required to provide your billing information. We will not bill your credit card until the time of visit however.

***Credit card information will be saved, and appointments that are cancelled within 24 hours will be billed $35 (Late Cancellation Fee) to the card provided due to our cancellation policy.

***If using a voucher, gift card or some kind of promotion to book an appointment, a credit card will be asked for in order to secure an appointment, but will not be billed.

Due to a very busy schedule, only certain times will be open for online booking for acupuncture… if there is no time available that works for you, please call the office and we will do our best to accommodate.

If you do not have a credit card, please call the office for assistance with online booking.

Acupuncture appointments must be booked online at least 12 hours in advance. If you are trying to book an appointment within 12 hours, please call the office for availability.

Massage appointments must be booked online at least 24 hours in advance. If you are trying to book an appointment within 24 hours, please call the office for availability.

*** Appointments can not be changed or cancelled within 24 hours.

*** Please make sure you select the correct center location to book your appointment.

PLEASE READ THE TERMS BELOW BEFORE SCHEDULING YOUR APPOINTMENT.

In order to book an appointment online you will be required to provide your billing information. We will not bill your credit card until the time of visit however. If you do not have a credit card, please call the office for assistance with online booking.

Acupuncture appointments must be booked online at least 12 hours in advance. If you are trying to book an appointment within 12 hours, please call the office for availability.

***Appointments can not be changed or cancelled within 24 hours.

***Please make sure you select the correct center location to book your appointment.

***Credit card information will be saved, and appointments that are cancelled within 24 hours will be billed $35 (Late Cancellation Fee) to the card provided due to our cancellation policy.*See below